Mahou San Miguel achieves a profit in 2020, a year in which it dedicated over €200 million to supporting the on-trade sector 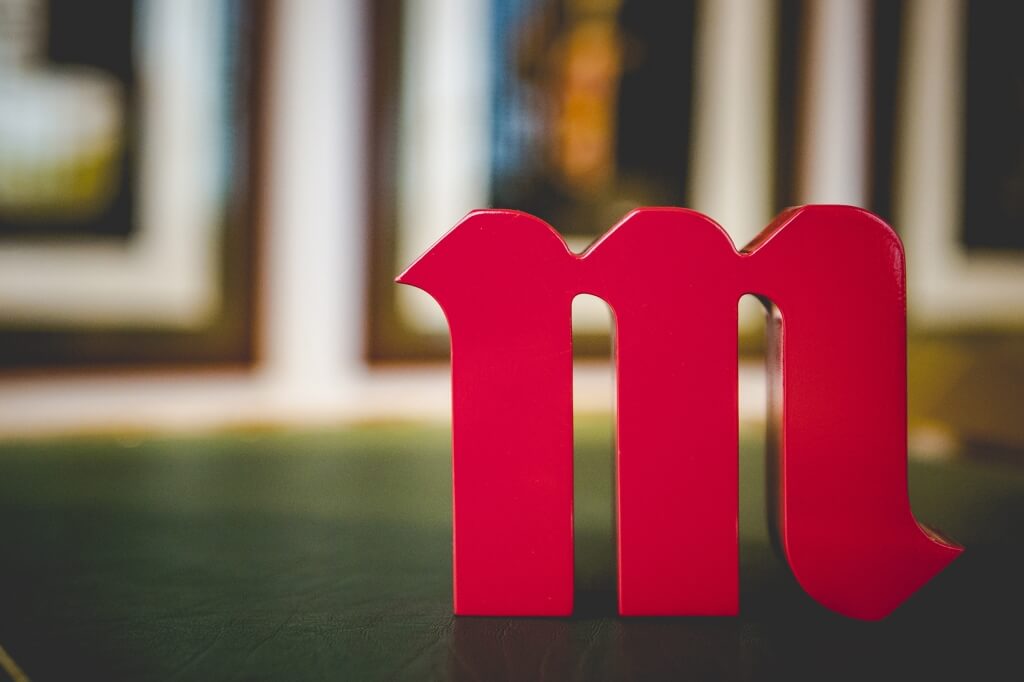 Mahou San Miguel achieves a profit in 2020, a year in which it dedicated over €200 million to supporting the on-trade sector

Madrid, 8 April 2021.- Mahou San Miguel, a 100% Spanish family-owned company and leader in the brewing sector in Spain, was able to close 2020 without losses, achieving a net profit of 2.3 million euros, a 98% drop compared to the previous year. This result, very different from those recorded in previous years, was a consequence of the impact of the health situation caused by COVID-19 and of the measures implemented to help mitigate it, such as the closure of and restrictions affecting on-trade establishments.

Likewise, the brewer made a significant investment effort last year to support the on-trade sector, which is key for the country’s economy. Specifically, the aid provided by Mahou San Miguel to the on-trade amounted to €200 million in 2020, including all types of measures to reactivate its businesses, such as the extraordinary provision of product, expansion of their terraces, support materials, decorations and initiatives to attract traffic, as well as the expansion of grants and loans to facilitate their operation in a situation of tremendous financial hardship due to pandemic-related restrictions on their activity.

In 2020, the Company’s turnover fell by 10.5%, to €1,252.8 million, while its EBITDA was reduced to half compared to the previous year, coming to €166.3 million. In addition, its global sales fell by 8.2% to 17.7 million hectolitres, of which 13.5 corresponded to beer and 4.2 to mineral, flavoured and functional waters. The downturn was much more pronounced in the on-trade channel, where, for the year as a whole, sales fell by 36.4% compared to 2019, which was in no way offset by the strong performance in the off-trade channel (+10%).

“Thanks to our robust position and financial prudence, we managed to close 2020 above the forecasts we made at the start of the pandemic, keeping intact our commitment to our employees, customers and distributors and the future sustainability of our business”, said Alberto Rodríguez-Toquero, the CEO of Mahou San Miguel, adding that “In a complicated year for everyone, we opted to forego higher profits in favour of fulfilling our role as an active part of the economic recovery of this country”.

In a year marked by the impact of COVID-19 on its business, people were the top priority of the Company, which closed the year with 3,887 employees, 10.1% more than in 2019, working in its production centres, water springs and bottling plants, corporate headquarters, sales offices located in 11 Autonomous Communities of our country, and its international offices.

Mahou San Miguel implemented all the prevention protocols and measures to protect the health and safety of its employees, responding to their need for flexibility and work-life balance, at the same time as it guaranteed the continuity of the business and supply to the market, fulfilling its service commitment to its customers at all times. Likewise, it invested €1.27 million in training its team, particularly in digitalization, enhancing the development of employees’ skills in this area through over 27,000 hours in this area.

In a context full of new challenges, the company also strengthened its commitment to sustainability and dedicated €14 million to continue promoting environmental protection and its contribution to society, playing a very prominent role at the most difficult moments of the pandemic. In this sense, the additional effort made by the Mahou San Miguel Foundation to support the groups most impacted by the situation and to create employment opportunities for young people at risk of social exclusion was key.

Focus on a powerful plan for supporting the on-trade sector

A fundamental pillar of the brewer’s commitment in 2020 was the on-trade sector, to which it redirected part of the investments foreseen for the year, which were apportioned to the different schemes included in its Global Plan to Support the On-trade Sector. Prominent among them were the extraordinary donation of product to its customers, which, after nearly three months of lockdown, represented estimated turnover of over €75 million for them; the refurbishment of terraces at over 65,000 establishments across Spain, with an investment of €20 million; the development of sanitizing measures; actions to drive traffic to the establishments; and financial assistance to distributors and customers.

This roadmap, which included additional measures such as advising business owners, especially in the digital area, contributed actively to mitigating the impact of this crisis and helped facilitate the reopening and continuity of bars and restaurants to protect jobs and preserve our lifestyle, so closely linked to socializing, safely.

In addition, Mahou San Miguel, for the first time in its history, united its four iconic brands—Mahou, San Miguel, Alhambra and Solán de Cabras—in a single campaign, “Somos Familia” (We Are Family), demonstrating its commitment to this sector, giving visibility to all the people who make it possible for consumers to enjoy their products and promoting responsible socializing.

Investment in the business and the market

Despite the challenges and uncertainty that characterized 2020, the company was able to continue investing in its business and in the market, thereby contributing to reactivation of the economy. Accordingly, it launched new products—a sparkling version of Solán de Cabras, Magna Roja 0,0, Yakima Valley from San Miguel, Alhambra Reserva Esencia Citra IPA, La Salve Carola, La Salve Lucía Yarza and Moose from Nómada—and entered new categories such as cider with La Prohibida and hard seltzer with the Glowy brand, which has been a pioneer in Spain in this segment. Recognition of the quality and flavour of its brands enabled it to close 2020 as the most-awarded Spanish company in beer competitions all over the world.

Moreover, the balance sheet of the Mahou San Miguel online store (www.tiendasolana.com) was quite positive, with orders outpacing sales targets nine-fold, well above pre-pandemic figures, with growth of 60%-70%.

Mahou San Miguel also made progress in its internationalization strategy, becoming the majority shareholder of the North American craft brewer Founders Brewing, thereby promoting its business in the United States. Outside of Spain, the brewer also developed a plan to support the on-trade sector in 15 countries, including Portugal, Norway, the Netherlands, Switzerland, Italy and Japan.

2021, a year of transition and opportunity

Mahou San Miguel has redefined its strategic lines, considering 2021 as a year of transition in which it will continue strengthening its position in Spain and key markets, as well as its responsiveness to distributors, customers and consumers.

“2021 will be a challenging year but also one full of opportunities. Today, we need to continue advancing in our transformation strategy while also responding with agility and flexibility to the reality that faces us at the moment, one full of challenges that oblige us to outdo ourselves every day”—explained Alberto Rodríguez-Toquero—concluding that “I’m convinced that, with all of this learning and effort, we will be able to achieve the best version of Mahou San Miguel”.

The company has faced a first quarter marked by the impact of the negative trend of the pandemic which, once again, has especially affected the on-trade sector, with the closure of establishments in numerous parts of the country, and by the unfavourable weather of the first two months of the year.  Thus, from January to March, its sales in Spain registered a drop of 8.9% compared to the same period the previous year, with a decrease of 31.7% in the case of the on-trade sector which was not offset by the 8.6% increase in the off-trade channel. In this context, Mahou San Miguel will continue to pour support into the on-trade sector with a powerful Transformation Plan that will bring together a variety of initiatives with a strong focus on digitalization, sustainability and generating safe spaces for socialization through refurbishment of bar and restaurant terraces.

The brewer will continue moving forward with critical development levers in the current scenario, such as innovation, digitalization and commitment to the environment, bolstering its role as a motor of social transformation. It is currently immersed in defining its new Sustainability Plan for the next 10 years, “Vamos 2030” (Let’s Go 230), through which it will continue investing to drive the progress of the communities where it is present, taking care of people and the planet and promoting a healthier, happier lifestyle. 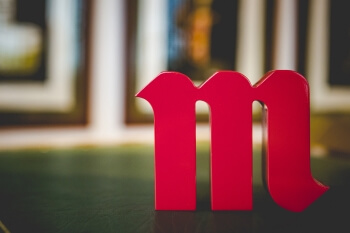 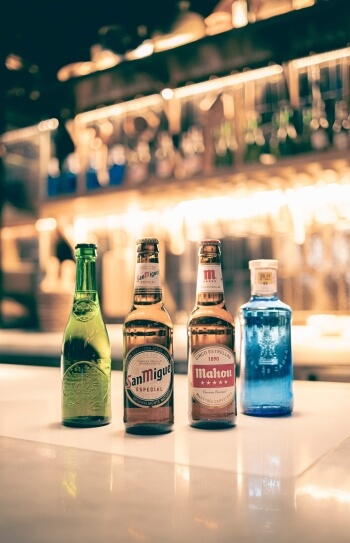