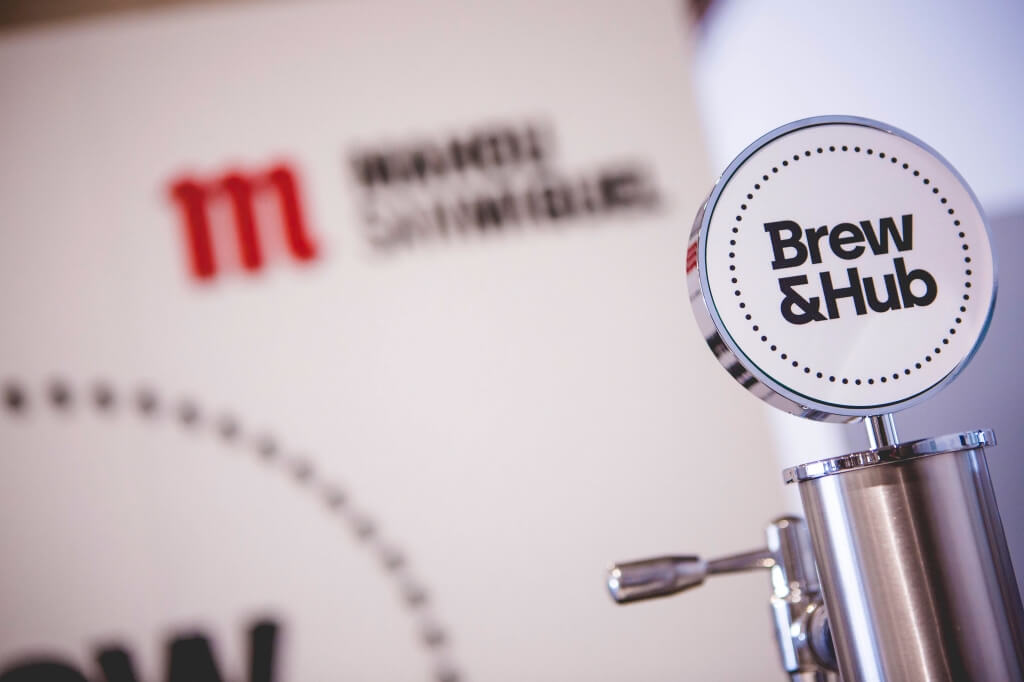 Madrid, 28 March, 2019.- Mahou San Miguel, 100% family-owned Spanish company and leader in the Spanish beer industry, has inaugurated the first Brewhub of Span today. A collaborative pioneering space, in which various domestic and international craft breweries can share ideas and develop their beers, mainly for sale in Spain and the European market. These facilities, located next to the Mahou San Miguel brewery in Cordoba, entailed an investment of over 11 million euros, equipped with the latest technology, with the objective of contributing to the development of this segment at an international level.

The inauguration ceremony, celebrated in Mahou San Miguel’s Production Centre in Córdoba, was honoured with the presence of Luis Planas, Minister for Agriculture, Fishing and Food, Juan Manuel Moreno, president of the Regional Government of Andalusia, and Isabel Ambrosio, mayor of Córdoba, who joined Mahou San Miguel Managing Director, Alberto Rodríguez-Toquero and Benet Fité, General Manager of the company’s New Business Unit, in the presentation and tour of the new facilities.

The Brewhub, open to all nomad breweries that do not have their own plant or are looking to expand yet lack the necessary facilities to do so, will allow the production of an ample variety of styles and batches of any size, personalising the product in situ and thus covering the entire production process, from the conception of the liquid to the design of packaging and labels.

With a total of three multi-option bottling lines, covering a wide range of formats such as the iconic bottle, kegs or cans, largely used by artisan manufacturers as they allow for a greater conservation of the product’s properties, this centre has all the resources needed to adapt to new tendencies in brewing, among which we have oxidative maturation, cold conservation of non-pasteurised products and lager, ale, hybrid or mixed fermentation. All of this allows for an improvement on the craft beer’s standards of quality and stability that, in many instances, is conditioned by the nature of the product itself.

In the words of Alberto Rodríguez-Toquero, Managing Director of Mahou San Miguel: ‘As leaders in the sector, we maintain a firm commitment with the development of pioneering initiatives that enable evolution and growth. The craft movement is a clear example of this transformation and we wish to boost it through a project based on innovation and collaboration. This centre stems from the calling for becoming a point of reference in the artisan brewery sector at an international level.’

As for Luis Planas, Minister for Agriculture, Fishing and Food, he wished to highlight that ‘this project, in addition to reinforcing the economic and employment activity in the province, has a collaborative spirit and will allow for further development of artisan beer.’ Planas also pointed out that ‘thanks to these new facilities, small brewers may optimise their production processes, thus generating business opportunities and making the product more readily accessible.’

A space adapted to the needs of the craft sector

The facilities have been specifically designed to fulfil the requirements and distinctive features of craft production. A process in which Mahou San Miguel was aided by the collaboration of Javier Aldea, founder of Nómada Brewing, and one of the greatest connoisseurs of Spain’s artisan sector, who will also take on the role of manager for the Brewhub.

With the start up of this innovative project, the company consolidates its position as the most advanced Spanish brewery in promoting the craft world in the country, as already evidenced through its pioneering collaborations with the North American artisan breweries Founders Brewing and Avery Brewing, as well as with the Spanish Nómada Brewing, with which it is boosting various initiatives aimed at elevating the category and promoting a beer culture. 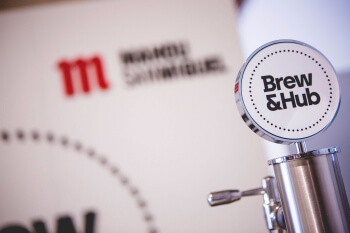 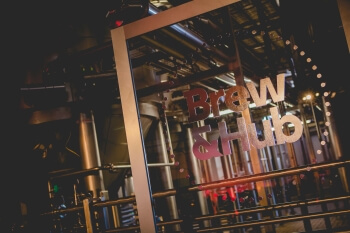